Chongyuan Temple, the first name of the mysterious temple, was built in the Southern Dynasty Liang Wudi day monitoring two years (AD 503), dating back more than 1500 years of history, and Hanshan Temple, Lingyan Temple, Paul Temple. Liang Wudi Chongfo, officials at all levels of the next effect, when the officials in Suzhou Lu Seng Zan see their official house over the clouds overlap, they played Leung Wudi, give up their own homes, political construction of the temple, Liang Wu Di pleased to give plaque expressed praise, Royal Plaque entitled "Girder Guangde heavy mystery Temple". After more than a thousand years, Chongyuan Temple several names, the scale has been expanding, called Jiangnan Buddhist town. Many writers and scholars have come to visit the heavy Yuan Temple Buddha, leaving poems, ancient poet Bai Juyi, Wei Yingwu, Pi Rixiu, Lu Guimeng, Fan Chengda and so on are chanting. Song of the law of the law of the eye by the rooftop of the Tiantai Daozao Zen Master, in the tin heavy Yuan Temple Yongan hospital, compiled with the "Buddha with the Senate" twenty volumes, in the first year of the reincarnation of the reign of Emperor Jingde, Recorded ", Feng Chi into the Tripitaka. "Jingde Chuanjiangjing" is an important book in the history of Zen, recorded from the seven Buddha to the law of the descendants of people such as 1701 biographies or quotations, is the history of the door, the origin of Zen. To the Qing Dynasty Kangxi years, in order to avoid taboo Kangxi Emperor Xuan Ye's taboo, the temple name "mysterious" to "yuan", heavy yuan temple name has been in use ever since.

(3) the most important indoor audiovisual - 88 tons of bronze,

(6) the largest and most vivid round of the island Guanyin sculpture group,

(9) the longest temple within the bridge Puji Bridge - 99 meters long,

[Heavy yuan Zen tea]: to provide cafe, tea and all kinds of tea, is the temple rest, meditation, the ideal place to communicate 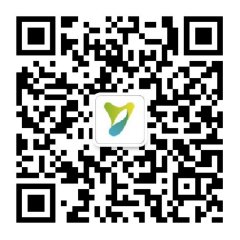